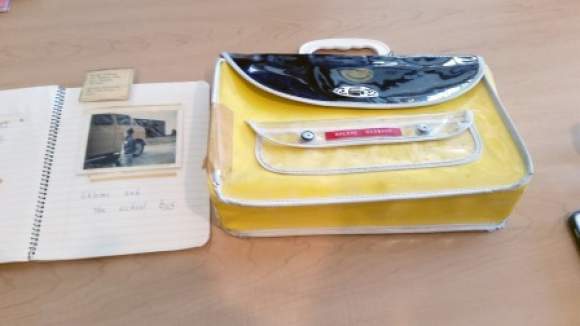 On November 19, 1926, Dr. Olive A. Whildin sat down with a group of colleagues and members of the community in the first meeting of the Speech Reader’s League of Baltimore in order to address the needs of the hard of hearing in the area. The organization that grew from her vision is exploring the past in order to look to the future.

HASA is in the midst of hosting a series of open houses called The Voice and Vision Series where former students, employees, volunteers, and others share their stories and mementos in order to build a richer and fuller archive.

So far, HASA’s Voice and Vision Series has seen the return of former Gateway students, students of ASL, and former employees, including former Educational Director H.N. who remembers her time at HASA with fondness; “It was like a family here; everyone was always supportive.”

September saw the first of the Open Houses during the International Week of the Deaf where an interpreter from HASA’s Centralized Interpreter Referral Service provided interpretation for a former student of Gateway who explored page after page of picture slides from the early 1970s, picking out the pictures of himself and his classmates. In October he returned with memorabilia of his own, such as his memory book with pictures from his days at Gateway, as well as his bookbag and lesson books. HASA was fortunate enough to get copies and pictures, which were then filed into its archive.

The event series is one of the ways HASA is ramping up for its anniversary celebration. The goal is to preserve the history of the organization as it looks to grow in the future. Be on the lookout for stories and artifacts from our archive on social media and for our upcoming VIBE: Speakeasy, a roaring twenties gala to be held in May.

If you have any mementos or pictures from HASA’s earlier days, please consider sharing them with us to help preserve our history.