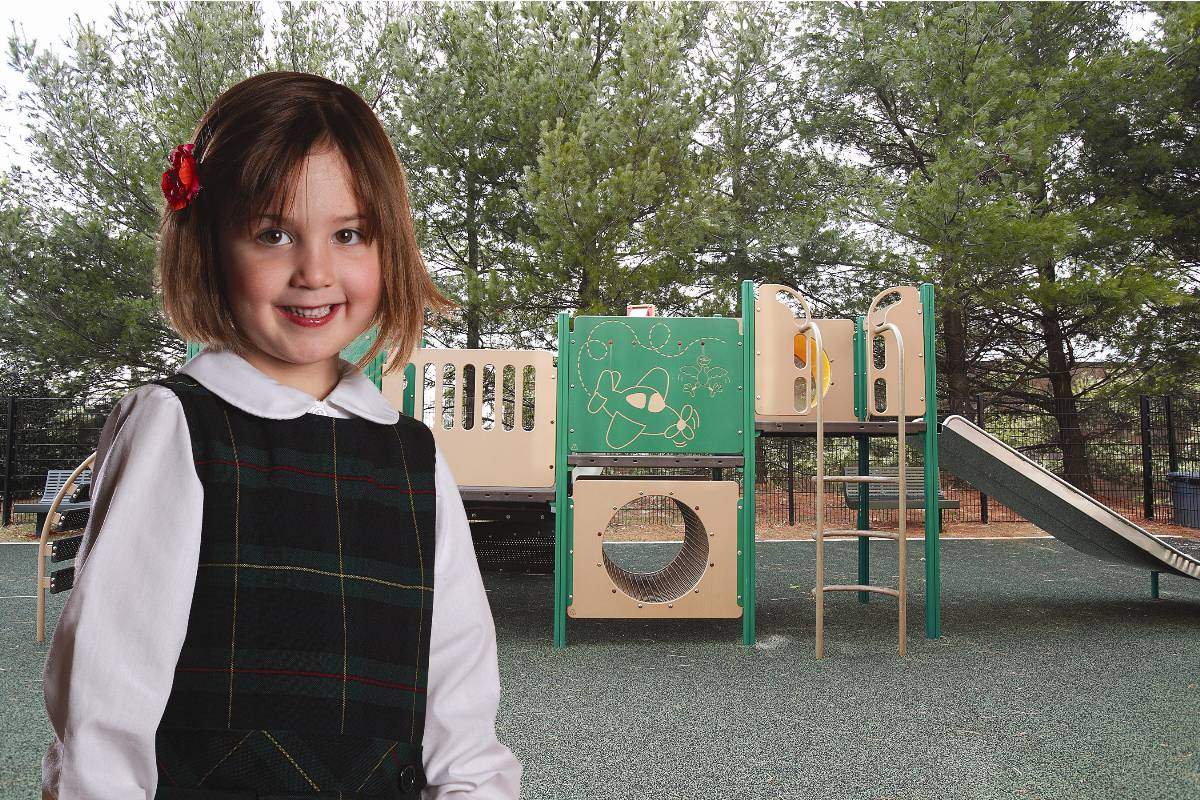 In the airy lobby of Gateway School in Baltimore, 5-year-old E.P. bounces out of class and into her father’s arms. She cups his head in her hands and says in adoration, “Your face.”

Then E. jumps down. It’s late in the morning, time to leave “Little Ears, Big Voices,” Gateway’s preschool program for children with hearing loss, to resume the second half of the school day at St. James Academy in Monkton.

A year and a half ago, J.P. and M.P couldn’t imagine that their daughter would be ready for a mainstream classroom. “We had a child who wasn’t speaking and we were afraid that she wasn’t going to be able to go to kindergarten at the age she should have,” M.P. says. “Now she’s splitting her time between Gateway and a mainstream school and she’s holding her own.” Next year, E. will leave Gateway to attend St. James Academy full time.

At age three, E. entered Gateway’s preschool, where intensive speech-language therapy, an on-site audiologist and a nurturing early learning environment have brought her up to speed developmentally with hearing peers.

At one time, the P.s had reason to worry that their daughter’s disability would always hold her back. E.’s hearing loss wasn’t appropriately diagnosed until the age of 18 months. By then, she had never had the consistent hearing experience that is critical for speech and language development. The “one size fits all” approach offered by Harford County’s public preschool program was of little use in addressing E.’s particular challenges.

As her parents searched for solutions, E. began retreating into her own quiet world, opting not to play with other children and exhibiting behavior problems. The stress took its toll on the couple, who also have an 8-year-old daughter.

Then they discovered Gateway and paid a visit. It didn’t take long to know it was the right fit for E., although it would mean an hour commute to Baltimore and a super-sized financial commitment. Ultimately, M.P. and J.P. realized that their daughter’s welfare was well worth any such inconvenience.

“Since E. was late in being diagnosed, we were not going to look back on this and have any regrets,” says J.P., a self-employed financial advisor who works on his laptop in the school’s parent resource library while E. attends school.

A less costly program closer to home “may or may not have worked, but we would always wonder if there was something better out there,” P. says.

Today, there’s no wondering. E. has become a chatty, outgoing child who makes up songs in the car and is on the verge of reading. She cracks jokes, takes ballet lessons, wants to do karate like her sister and will play lacrosse at St. James Academy, coached by her father.

E. has come so far, that “A lot of kids in her class at St. James don’t even know she has hearing aids,” M.P. says. “We were afraid she’d stand out. She doesn’t.”