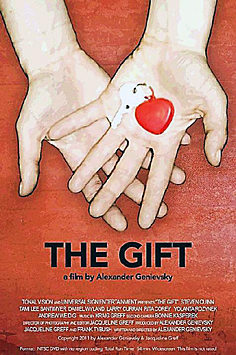 Every year during the last week of September, HASA celebrates the International Week of the Deaf (IWD). Known for its call for awareness of, and advocacy for, the Deaf community, the IWD is celebrated with activities and events around the world that educate and involve the wider public.

During the IWD, HASA screened the Alexander Genievsky film, The Gift. The film was well-received by audience members, both hearing and deaf, who regarded the message as inspirational. It’s about “the gift of being hearing [versus] the gift of being deaf,” said ASL Coordinator A.B.

Screening The Gift for a diversified audience opened the opportunity for audience members to ask questions about Deaf culture and enabled members of the Deaf community to educate others. In fact, people had a chance to meet the director after the screening. Alexander, a long-time friend of HASA, was happy to engage with curious audience members. Such a compelling story allowed for compelling conversation. Be sure to watch it!