Erin Stauder, Ph.D., M.S. CCC/SLP is a licensed speech-language pathologist who holds a Ph.D. in educational public policy, allowing her to use evidence from the fields of economics, sociology, education, and political science to serve HASA.  Erin received both her master's and bachelor's degrees in speech-language pathology from Loyola College in Maryland and her doctorate from the University of Maryland, Baltimore County. While serving as a clinical faculty member at her alma mater, Erin managed inter-professional teams, coordinated programs, and established relationships with community partners and charitable foundations.

Erin worked in special education schools, early intervention settings, and in acute care pediatric settings (including the Neonatal Intensive Care Unit). She was a clinical faculty member at both Loyola University Maryland and Towson University. While working as a university clinical faculty member, she supervised a diverse caseload that included non-verbal toddlers with autism and middle school students with language and literacy challenges. She was recruited to write articles for the ASHA Leader and the ASHA Leader Blog. She has also published articles in scholarly journals. Erin taught 400-600 level coursework related to speech and language typical and atypical/delayed development.

Erin was a previous member of Executive Committee for the State Interagency Coordinating Council for Infants and Toddlers in Maryland and is a current member of the Advisory Board for North Bend Elementary/Middle School in Baltimore City. Erin is a member of the American Speech-Language-Hearing Association. In January 2017, she became a Professional Member of the National Academies of Practice (NAP) of speech-language pathology, which recognized her as a leader in inter-professional healthcare. The NAP works as an "interdisciplinary force to influence national health policy, legislation, and promote quality healthcare through cooperative advocacy, practice, education, and research."

In 2018, Erin was named one of Maryland's Top 100 Women by The Daily Record and was featured in Baltimore's Child as a Mom on the Move. In 2019, she was named one of the Top 10 Leaders in Diversity by the Baltimore Business Journal.

In his role as Language Access and Inclusion Director, Dave manages development, outreach, and advocacy for HASA’s interpreting and sign language education programs.

Prior to joining HASA, Dave worked in various roles supporting best practices in the interpreting field, mainly as an interpreter educator with a focus on interpreting skill development topics related to power, privilege, and oppression.  His most recent position was as an assistant professor at the University of Louisville.

His 16 years of teaching experience and his work as an ASL interpreter and conference presenter have furthered his research interests:  social justice, allyship, and leadership topics in the interpreting field. Specifically, he is interested in the promotion of critical thinking, community-building, and principles of social justice that can re-establish, maintain and strengthen connections between interpreters and those who work with them.

Dave holds a doctorate in Urban Education Leadership from the University of Cincinnati, a Master of Arts and a Bachelor of Applied Science from Siena Heights University, and he completed an ASL Interpreter Training Program at Cincinnati State Technical and Community College.

Olga began as a speech-language pathologist in Gateway School, and she then transferred to the Clinical Services Program where she worked at The Scottish Rite Childhood Speech & Language Center. Since then, she was promoted to Director, Speech-Language Pathology and Hearing Health Services and is responsible for all audiology, speech-language pathology, and occupational therapy services.

Olga and her staff have developed the following programs: The Center for Fluency Enhancement, The Listening and Spoken Language Program, Maryland Keys to Communication, The Parent Resource Center for parents of children newly identified with hearing loss and the Cochlear Implant Lending Library for professionals working with children who are deaf or hard of hearing. 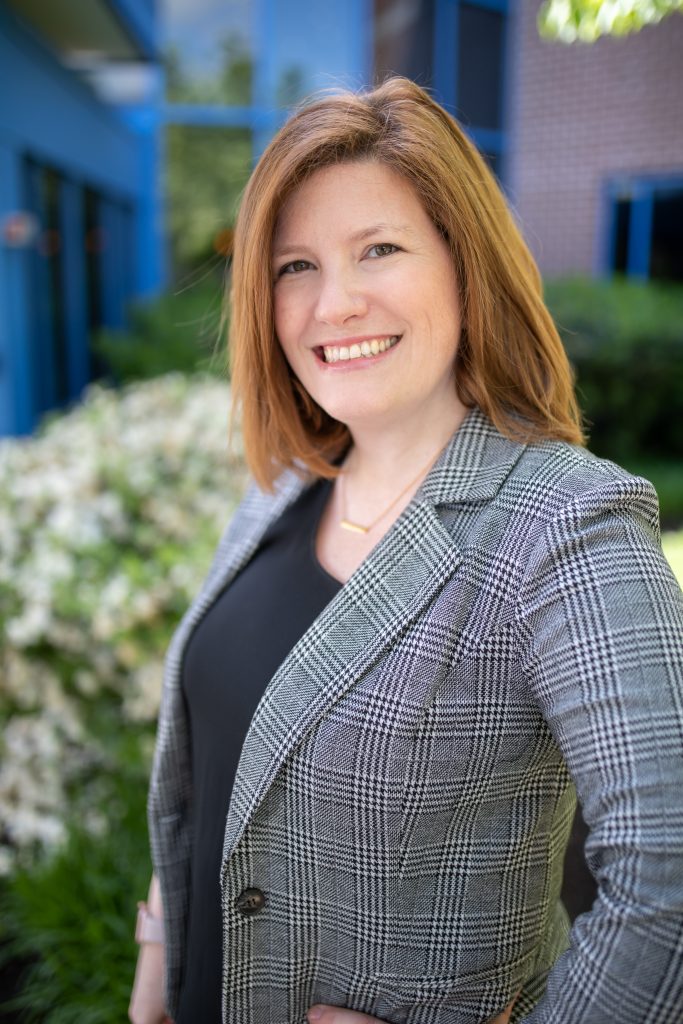 Gateway School, founded in 1957, is a nonpublic special education program that provides an evidence-based, language-rich curriculum to students with communication challenges.

Ms. Reinhardt began her career as an elementary school educator and built on that experience as a consultant and advocate. She joined Loyola University Maryland in 2007 and while there, worked as clinical faculty, professional development coordinator, and director of literacy programs at both the Loyola Clinical Centers and at the School of Education during her ten-year tenure.

Most recently, Ms. Reinhardt served as a director and data analyst at the Johns Hopkins University School of Education. There, she designed and implemented assessment and accreditation programs within the school and represented Johns Hopkins by participating in several local and national organizations and accrediting agencies. Personally, she is a passionate advocate for children with special needs and language-based disorders. When asked about her new position, she states “I’m looking forward to advancing the great work HASA and Gateway School have done to positively impact the lives of students, clients, families, and community.”

Ms. Reinhardt holds a Bachelor of Arts degree in psychology from Gettysburg College and a Master of Education with a concentration in literacy from the Loyola University of Maryland. She has advanced professional teaching certifications in elementary education, special education, early childhood education, and as a reading specialist. She resides in Baltimore County with her husband and three daughters.