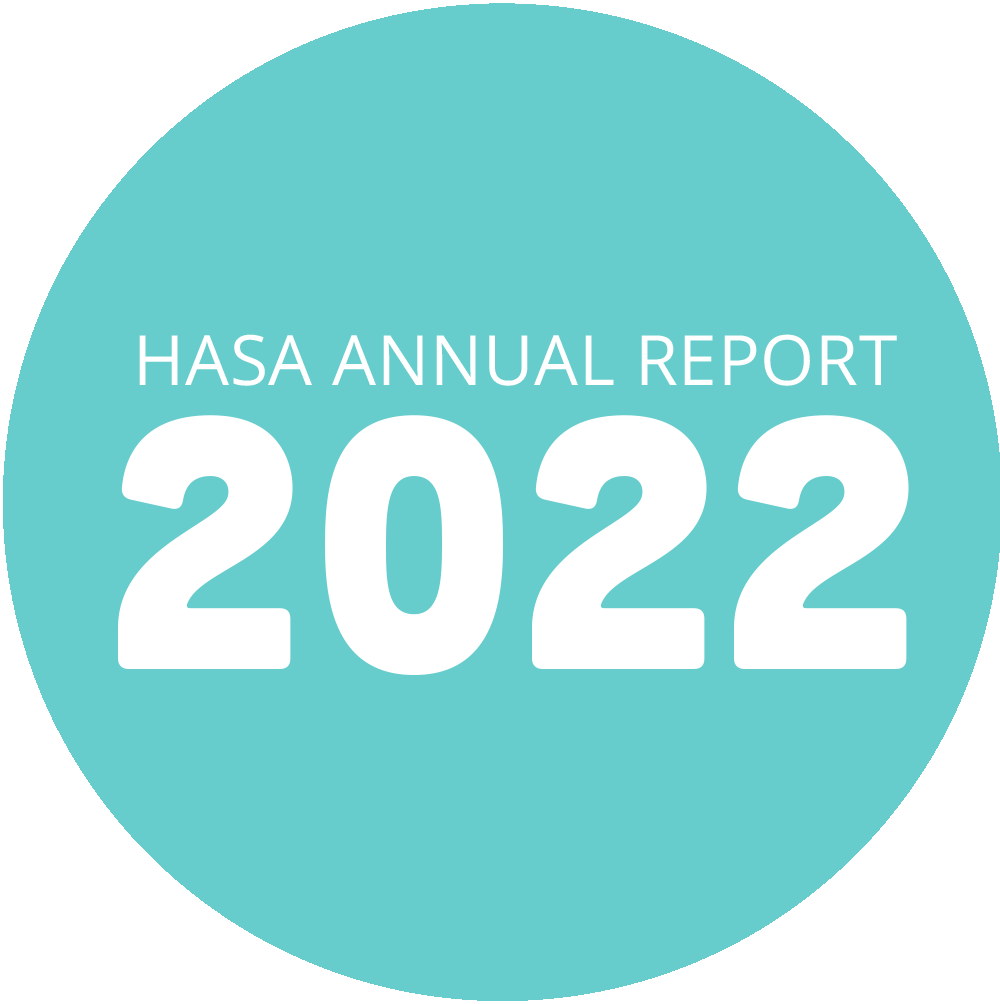 Over the last year, HASA has continued to evolve and grow. Together, we’ve reduced medical bills, made special education possible, and expanded access to interpreting services. I’m so proud to celebrate these wins alongside our donors and our staff of interpreters, clinicians, and educators.

It was also a year of infrastructure and capacity building. We are building business infrastructure so that our teams can spend more time serving patients, students, and clients. HASA is building for the future, but I promise that our work and dedication to our communities has not and will not change.

Change and growth has always been part of the HASA story. And it’s your continued support that makes that evolution possible. Enshrined in our work and reflected across the stories in the following pages are just a few instances of the ways we worked together over the last year and continued to strengthen the HASA community. These are the stories and the impact made possible by all of us as a community. Today and every day, I am profoundly thankful for your continued support. 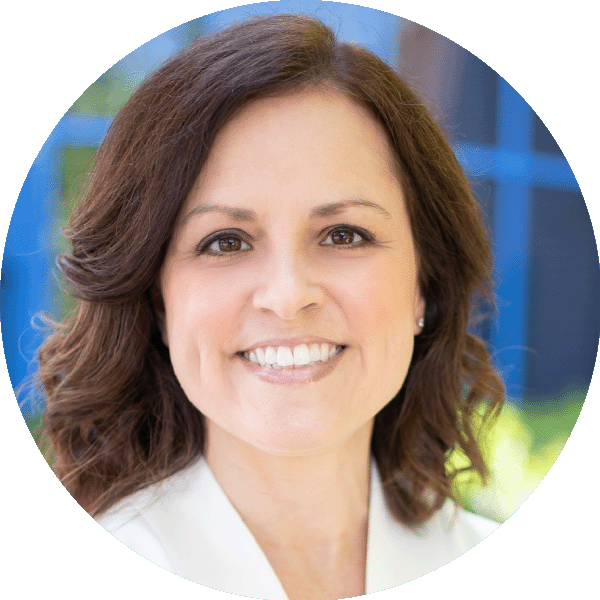 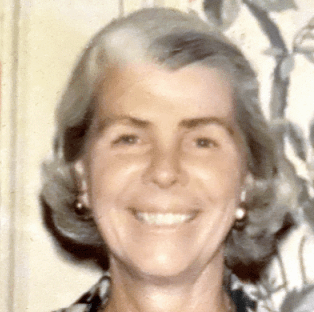 Remembered as an unwavering advocate for those in her life. After supporting her deaf mother, Anne expanded her impact by championing the Baltimore deaf community at HASA.

The Determined Advocate for the Deaf:

HASA Board Member and Champion for the Baltimore Deaf Community

In the heart of the Rocky Mountains in rural Wyoming, Peter and Frank  Bosworth, walked on the muddy road behind their family car as their mother, Anne Bosworth, navigated the car through the precarious pass. With a cliff on one side and the unforgiving face of the Rocky’s on the other, Anne was unsure if the car would make it without sliding over the cliff, so she had her boys walk behind the car for the half mile stretch.

The family made it through this narrow pass, and today Peter tells the story about his mom with a smile. This was typical Anne, he says. It was her “dogged determination,” to not only overcome a situation, but to find the best possible outcome that defined her life. She was undaunted by difficulty. And found inspiration in overcoming the unknown.

She brought that spirit to everything she did. Anne particularly enjoyed researching stocks. She would research a particular stock for days and then call her broker and ask him to buy the shares. When he would push back, she would have irrefutable research to prove him wrong. For a woman born in 1925, this fierce independence made Anne a force to be reckoned with.

But her biggest legacy lies in the impact she had in the lives of those around her—a loving and devoted caretaker for her family, including her own mother, who was born deaf.

Anne assumed the role of caretaker earlier than most— ever since Anne left for college, she played the role of parent more than child for her mother, Marguerite Munger Abernathy.

Born in the late 1800s, Marguerite was born deaf in Ft Worth, Texas. But instead of institutionalizing her, which would have been common practice, her family sent Marguerite to Clarke School for the deaf and hard of hearing. There, she learned how to lip read, a key for integrating into the hearing world at the turn of the century.

Even with the best resources available, Anne grew up with a mother still considered on the margins of society. And Anne’s life from the time she was young was spent helping her mother with her basic needs and navigating the day-to-day in a world built for the hearing. Anne parlayed this experience into a passionate advocacy.

While Anne’s advocacy for the deaf and hard of hearing is most defined by the role she played in her own mother’s life, she continued her work by giving back to HASA both by donating her time and resources.

Today, Anne’s legacy lives on— in her own family, her sons, and grandchildren. And it lives on in HASA’s work as well. Her son, Peter, now serves on HASA’s President’s Advisory Council, and Anne’s gifts continue to help to transform the lives of those in Baltimore’s deaf community.

GATEWAY DAY
AT CAMDEN YARDS
A fundraiser for Gateway School, HASA friends, family, and staff headed to the ballpark to watch the Baltimore Orioles square off against the Boston Red Sox on May 1, 2022. 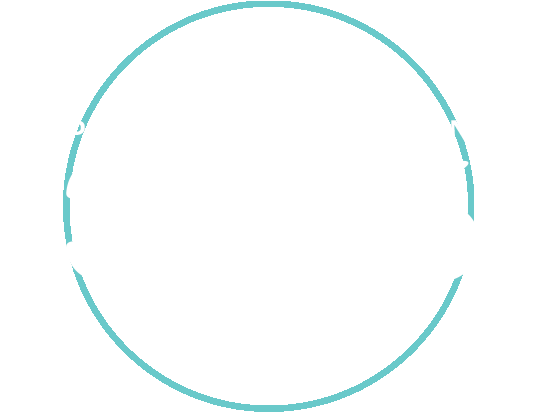 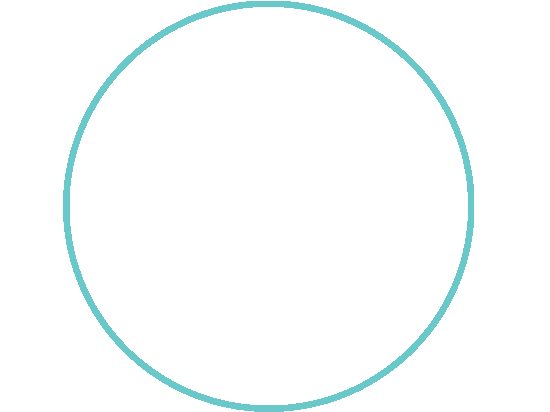 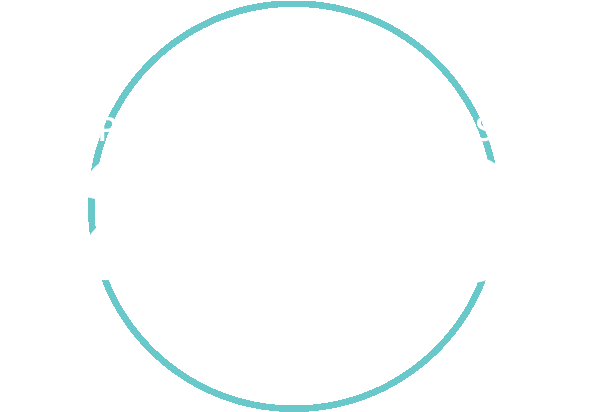 WITH KRISTINE MCCOURT HASA BEHAVIORAL ANALYST
As a Board Certified Behavioral Analyst at HASA’s Gateway School, Kristine works 1:1 with students to
build social skills, helps with student testing, and so much more. 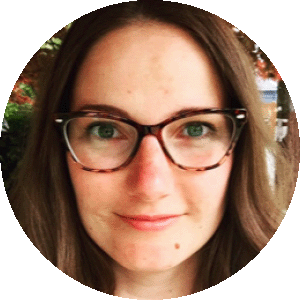 “Hands down, the absolute best part about working at Gateway is the kids. The children at Gateway are extraordinary. They are kind and funny, playful, and resilient. Each and every one of them is so unique and has their own special path that we (the staff) get to be a part of just for a little while.”

I arrive at Gateway by 8:00 a.m. There are times when I’ll get there as early as 7 or 7:30 to get a jump on paperwork, or if I have an early meeting. I head straight to my office to check my email and then chat with the other Behavior Analysts to see what they have planned for the day and how we can collaborate.

I also log any consult time that is in a student’s IEP as a supplementary aid. Consultation for a student can be anything from having an interdisciplinary team meeting, directly assessing a student, or training their 1:1 aide on the student’s behavior intervention plan. On Wednesday afternoons, the behavior team goes around and collects all data for students that are on their caseload. We aggregate, scan and enter their data on their individual student graph so we can analyze the behaviors that we are tracking. 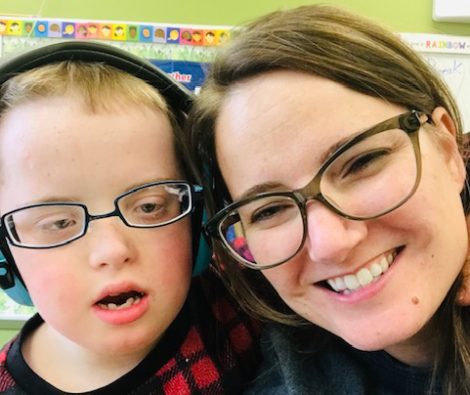 I spend the largest part of my day in classrooms with students and their teachers. The behavior team (that’s what the other BCBA’s and I call ourselves), get many “behavior support calls” throughout the school day. Sometimes I’m called in to support a student if they are having a difficult time transitioning or if they are upset. Other times, I’m just going into the classroom proactively to see students, say hi, and hang out with them; we call this pairing or building rapport. 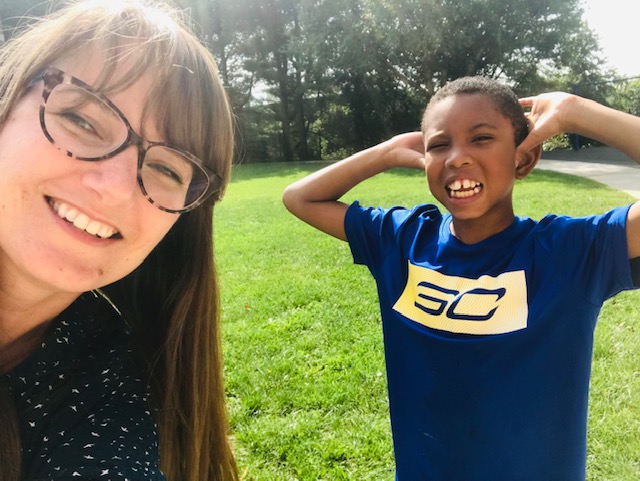 I earned my bachelor’s degree from the University of Hawaii at Manoa and my Post-Baccalaureate Certificate in Special Education, Severe-Profound Disabilities and Autism, in 2011. After becoming a Board Certified Behavioral Analyst, I joined HASA in 2020. Outside of my time at HASA, I’m an avid knitter who spins her own yarn, and has previously coached Special Olympics soccer. On the weekends, you’ll find me hiking with my husband and dog, Poco. I dream about starting an adult community where people with disabilities can live, learn, thrive and be employed.

Whether your company came to HASA for interpreting services or you took our American Sign Language courses with your friends and family, HASA continued eliminating barriers to ensure all are understood and can understand. Serving the Greater Baltimore area’s business, medical, and educational sectors ensures that the deaf and hard of hearing have full access to their community and needs. And over the past year, HASA gave even more pro bono hours. Thanks to your support, we continue connecting the deaf and hard of hearing with their worlds. 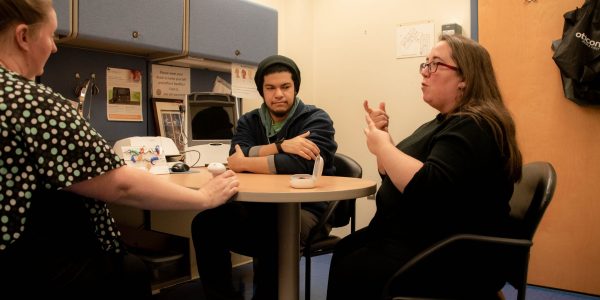 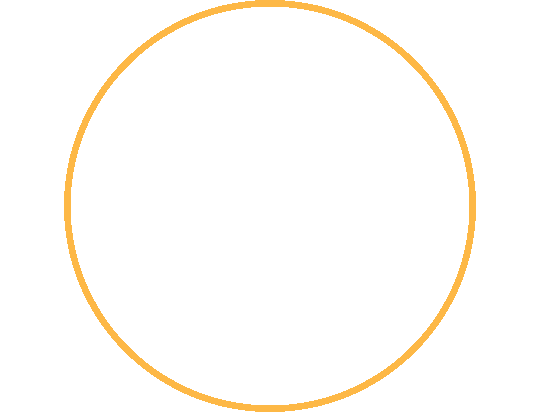 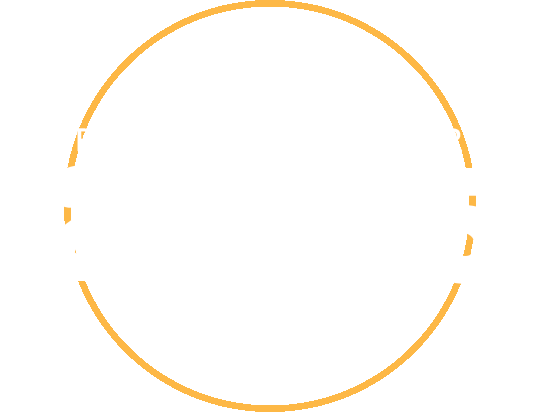 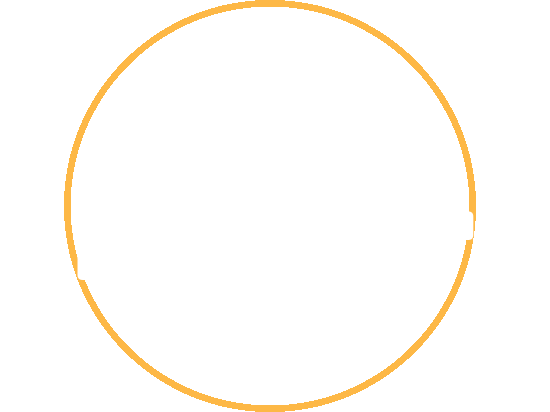 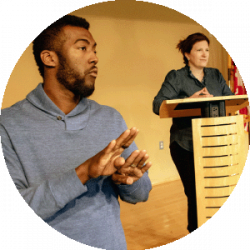 “Our mantra is ‘Everyone is creative and everyone is invited.’ And we recognize that in order to live that mantra, we need to make our events as accessible as possible. We value our partnership with HASA to help make our events more accessible. From scheduling to the interpreters at the event, to invoicing, our experience with HASA continues to be stellar.”

HASA continues to provide state of the art audiology, speech-language pathology, and occupational therapy care to our community.

As part of our commitment to care for all, we rang in the second year of the We Hear You Baltimore program in partnership with Access Hears, the Baltimore City Health Department Division of Aging, and The Harry and Jeanette Weinberg Foundation.

“The HASA speech language pathologists each are truly masters of their craft, with endless patience and a sincere desire to help Zana achieve his next goal. I say ‘next goal’ instead of current goal because they consistently focus on helping Zana move to a higher level of competency. They have never once treated Zana’s autism diagnosis as a hindrance, choosing instead to lead him to embrace new skills with each and every session.”

Zana started coming to HASA as a three-year-old who primarily communicated physically. As his speech has evolved, Zana has become a confident six-year-old with a growing vocabulary, inquisitive nature, and an insatiable appetite for spelling and reading.

“The HASA speech language pathologists each are truly masters of their craft, with endless patience and a sincere desire to help Zana achieve his next goal. I say ‘next goal’ instead of current goal because they consistently focus on helping Zana move to a higher level of competency. They have never once treated Zana’s autism diagnosis as a hindrance, choosing instead to lead him to embrace new skills with each and every session.”

Zana started coming to HASA as a three-year-old who primarily communicated physically. As his speech has evolved, Zana has become a confident six-year-old with a growing vocabulary, inquisitive nature, and an insatiable appetite for spelling and reading. 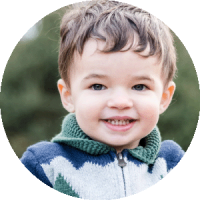 “Jameson has suspected Childhood Apraxia of Speech (sCAS) and started with Chrissy [HASA Speech Language Pathologist] when he was 2 years old. At the time he only had 2 word approximations and was not able to imitate sounds. A year later he has over 100 words, using 3-4 word sentences and continues to improve every day. His self-confidence is growing and it’s so wonderful to see his hard work paying off.” 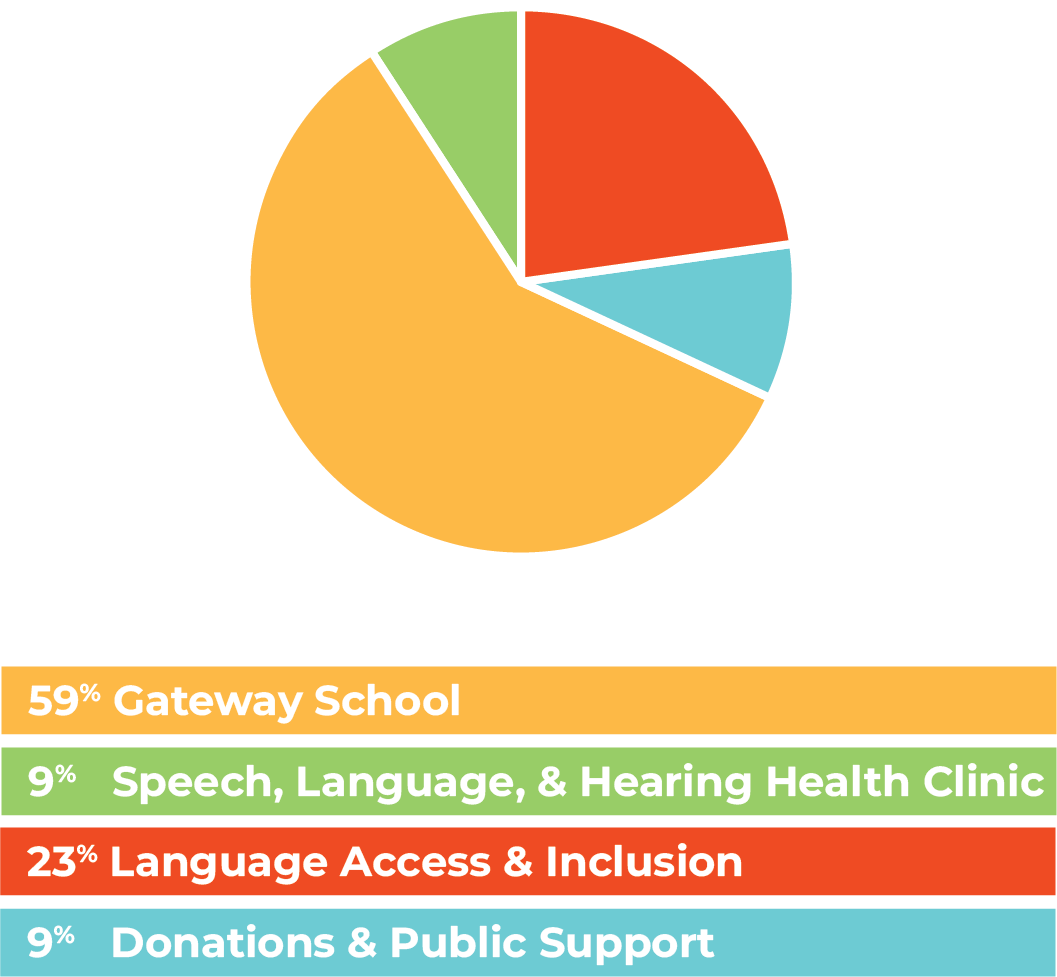 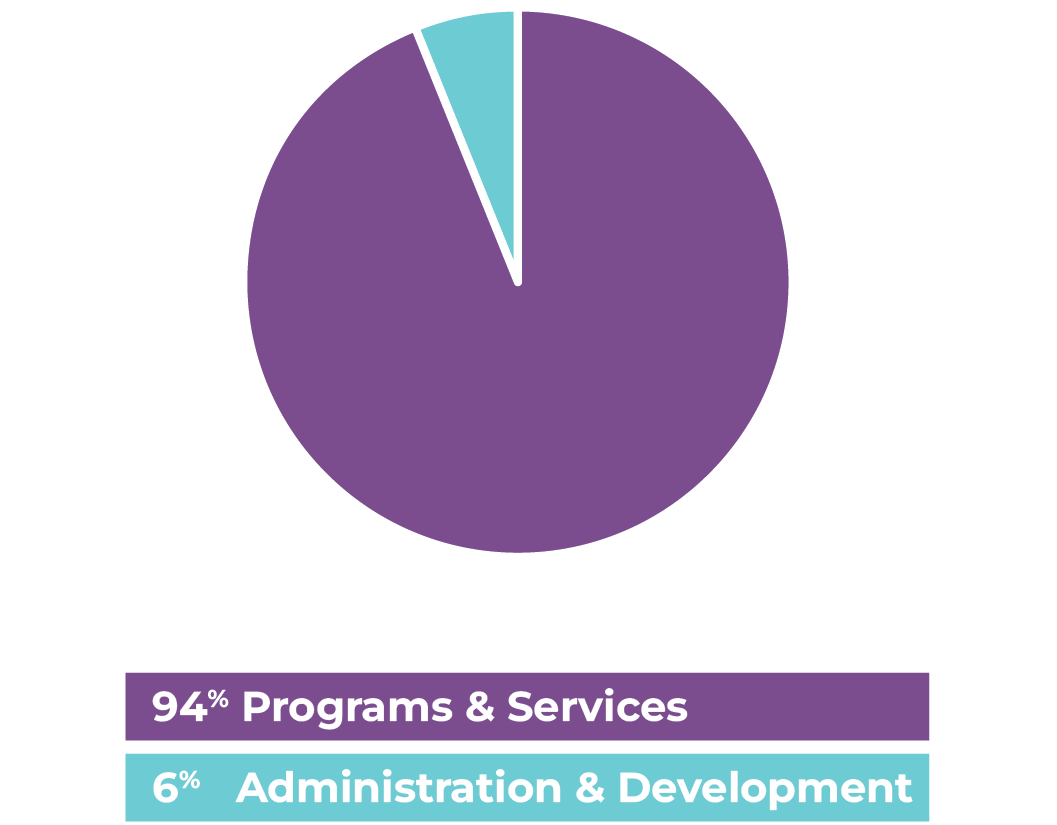